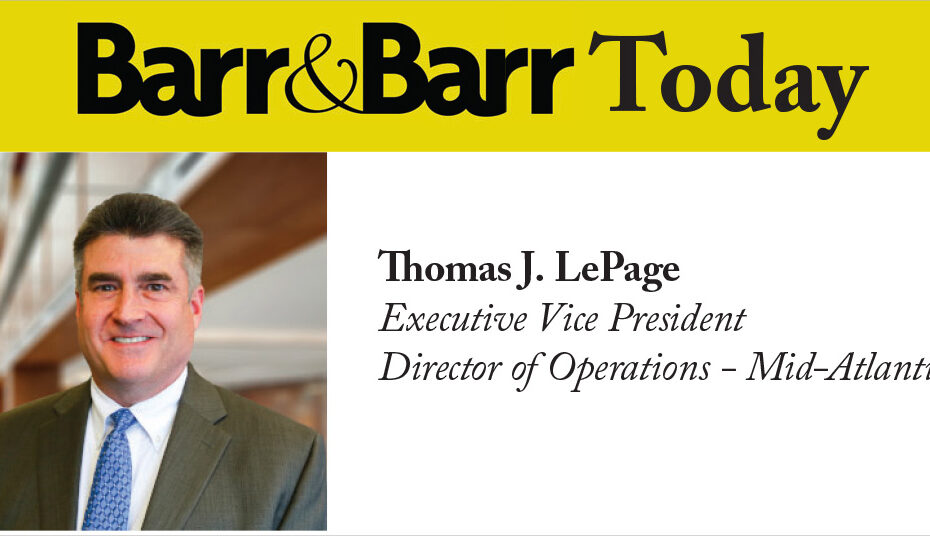 Barr & Barr was recently awarded the AGC Build New York Award in recognition of excellence in construction management and teamwork for the Cornell NYCTECH – The Bloomberg Center Project. Barr & Barr also received the Award of Merit from ENR for the Bloomberg Center. We continue our relationship with Cornell having recently broke ground on our second project on the Roosevelt Island Campus, The Verizon Executive Education Center. We continue our relationship with Barclay’s, recently beginning work on the “Phase 2” Project. We have also recently broken ground on the Sands Office Building in Brooklyn, the Jetro Office Building in Queens and the expansion of Victory Hall at Mercy College. We have also begun construction for the new ED at Montefiore Nyack Hospital and expect to begin construction on the new ED for St. Joseph’s Hospital by November. We have also been awarded the Rogers Hall Lab Renovation Project at NYU, White Plains Hospital Pediatric Expansion Project and the Lucille Lortel Theatre.

With that said we are very excited with the opportunities and prospects that we see for 2018 and beyond.

If you’d like to learn more about our latest job openings and career opportunities, click below. It’s time we chat about working together.